Home » European Doberman vs American: Which one is Better?

European Doberman vs American: Which one is Better? 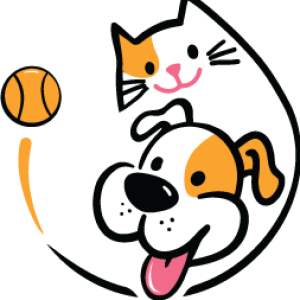 PetsCarter struggles with the same question for so long. So we finally decided to collect all the facts that we wish we had. when we were looking for our first Doberman. So in this article, we will talk about all the differences between American and European Doberman and which one you should get.

“so let me throw up a picture of both dogs the American Doberman and the European Doberman.”

The easiest and quickest way to tell the difference between these two dogs in person is to just look at the neck. The neck on the American will come up much sharper and we’ll have that slope in it, it’ll be a thinner neck. whereas the neck on the European will be thick neck that just kind of Rises gradually from the body.

You have American and European dogs with very different temperaments in a lot of cases so what are these temperamental differences let’s compare them side-by-side.

In America it’s more of a free market open system, where anyone is able to breed these dog’s kind of at will. The breeding is more based on again kind of free markets so someone who has a dog with championship lines in the in the family history will do a lot better than a dog that doesn’t and will command higher prices for puppies.

so in general if the dog has competed in a dog show of what they call breed conformation show and that’s placed extremely well then that dog will be bred more than a Doberman.

In America these shows they’ve really just based on looks of the dog. There’s a little bit of temperament taken into account with who wins these competitions but most of us, how the dog looks that’s why the look of the American Doberman has kind of been refined over the years and over the generations.

In general, they test the whole overall temperament of the dog and if the dog is deemed stable enough and meets the requirements then you’ll get a permit to breed the dog. That’s a far cry from what it is in America or pretty much anyone can breed the dog.

There’s other factors such as what’s called IPO training, IPO training is a protection dog training in Europe that is done by a lot of breeders. If your dog has a title in IPO training and it’s done well in the past you can command higher prices for your puppies.

So that also tends to drive, how these dogs are picked or which dogs are picked to breed. In general, European dogs have split as far as the temperament has gone they’ve split

All right the big question of the day:

Which one of these two dogs should you get?

Let me put your mind at ease because I don’t think you can make a wrong decision both of these dogs are wonderful dogs and it matters way more how you socialize them? and how you train them? then which variety of Doberman they are?

But if I had a stereotype a little bit. Let me tell you which these two dogs you should get in which situations:

Causes and Remedies to Help Dogs with Itchy Skin